Brand new! All new tooling! Nothing is spared in details and quality to give the 1:6 community the most historically accurate and detailed replica of the Kettenkrad.

About the Sd.Kfz.2 Kettenkrad
The Sd Kfz 2 was designed and built by the NSU Motorenwerke AG at Neckarsulm, Germany.

Most Kettenkrads saw service on the Eastern Front, where it was used to lay communication cables, pull heavy loads and carry soldiers through the deep Russian mud. Late in the war, Kettenkrads were used as runway tugs for aircraft, including jets such as the ME-262 and TA183. In order to conserve aviation fuel, the aircraft would be towed rather than run the engines while taxiing.

Being a tracked vehicle the kettenkrad could climb up to 45° in sand and even more in hard ground, as long as the driver had courage for it.

Only two significant sub-variations of the Kettenkrad were constructed, and production of the vehicle was stopped in 1944, at which time 8,345 had been constructed. After the war the production went on with permission of the allied victors until 1949 for agricultural use. 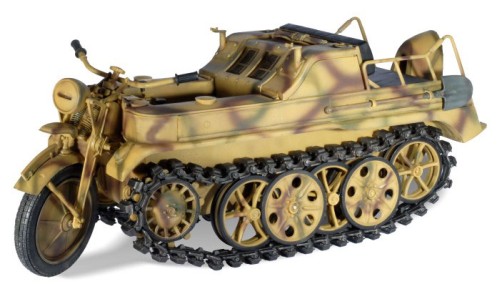 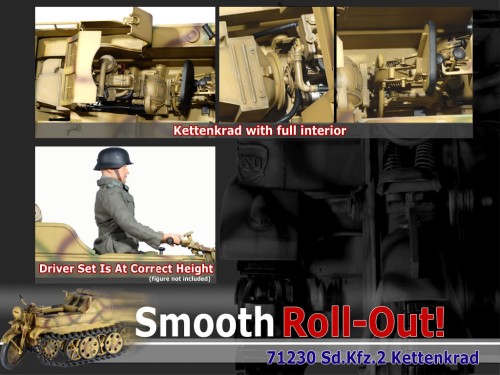 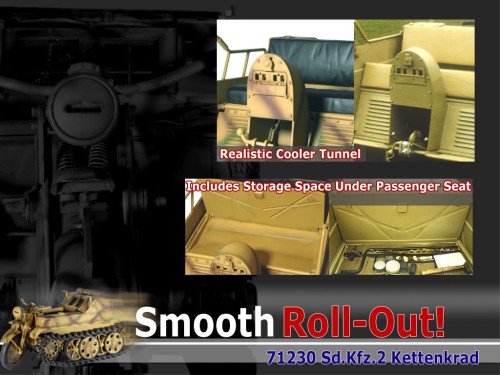 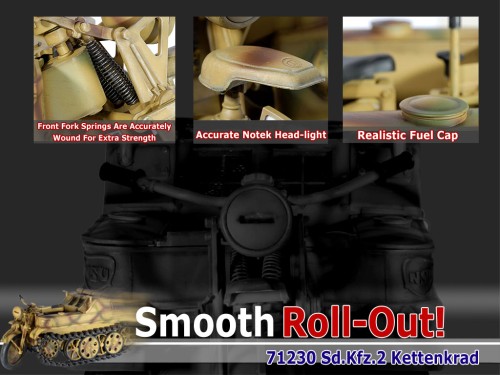 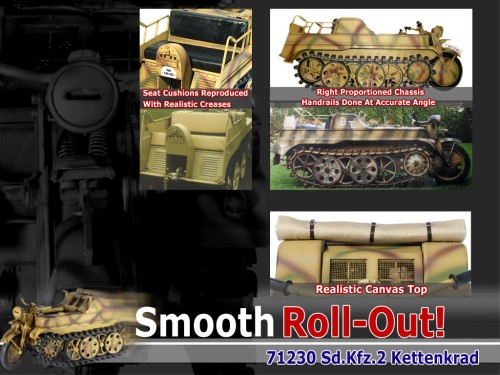 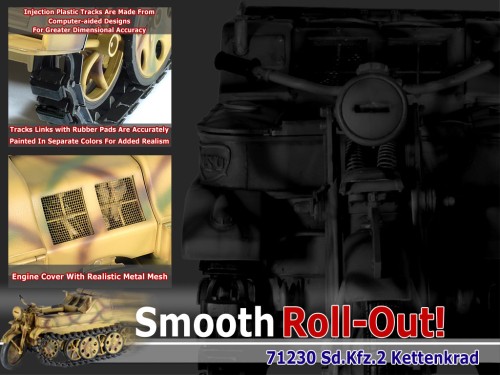 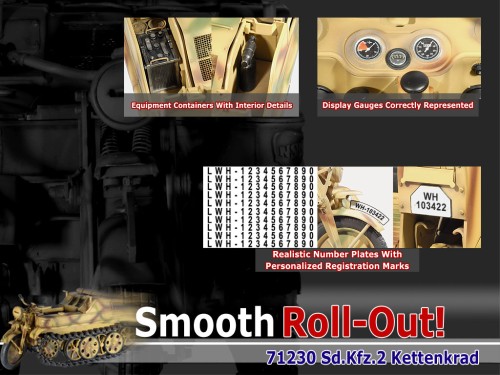